Basement Drainage Channel is a product typically located at the wall/floor junction and around the perimeter of a basement to collect ground water as it ingresses at this weak construction joint or through walls just above this point. 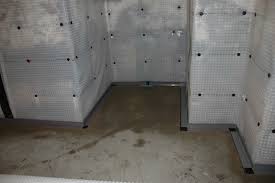 Basement drainage channel is cut and formed around walls of the cellar and either formed into a sump chamber. 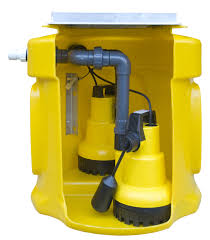 Or, if a an open elevation is available in the basement and the risk of ingress is low, the drainage channel can be formed to drain out to an external drainage gully such as a guttering gully or out to a soakaway situated 5 meters from the nearest wall.

A question is often asked by homeowners and builders as to the need for a drainage detail if the basement never takes water in. The decision is taken quite often to not include basement drainage channel because the basement seems dry or has very little damp. In these situations it is the Homeowners decision however, a homeowner should be made fully aware of the consequences for not having a drainage detail.

If a basement is converted and fitted out to provide habitable living space then the waterproofing system should be designed based on the British standard, BS8102 which as a matter of routine, advises on the need to install and drainage system which can be routinely serviced and maintained to ensure blockages do not occur.

If an installer does not make the homeowner aware of this design recommendation in a habitable conversion and ground water ingress is a subsequent occurrence then the installer can be taken to court and will most likely lose the case and be sued for a costly reinstatement.

Such an installation is not a compliant system of any kind and is not really described as a waterproofing installation. It is more like a dry lining system with damp proof membranes.

It all comes down to the use of the basement. If it is for habitable use then the fact whether the basement never floods is really quite irrelevant. You should, for the sake of a few hundred pounds plus the labour for installing it, include a basement drainage channel.