Black mould growth in a property is a very stressful and upsetting issue for the property occupants.

To explain absolutely correctly how it comes about, develops and gets worse, would take the use of sciences in the form of meteorology for describing atmospheric conditions and biology for explaining airborne spores and the development of mycotoxins.  For the purpose of this blog post, we are going to explain the condition in an abbreviated and simpler fashion.

So to be clear, mould spores are present in our everyday life. They are airborne and we breathe them in. Mould is even on our clothes, in our hair, pillow cases and so on but don’t be alarmed, for the majority of us and for most of the time, they present no harm or danger. They are invisible even under powerful microscopes. 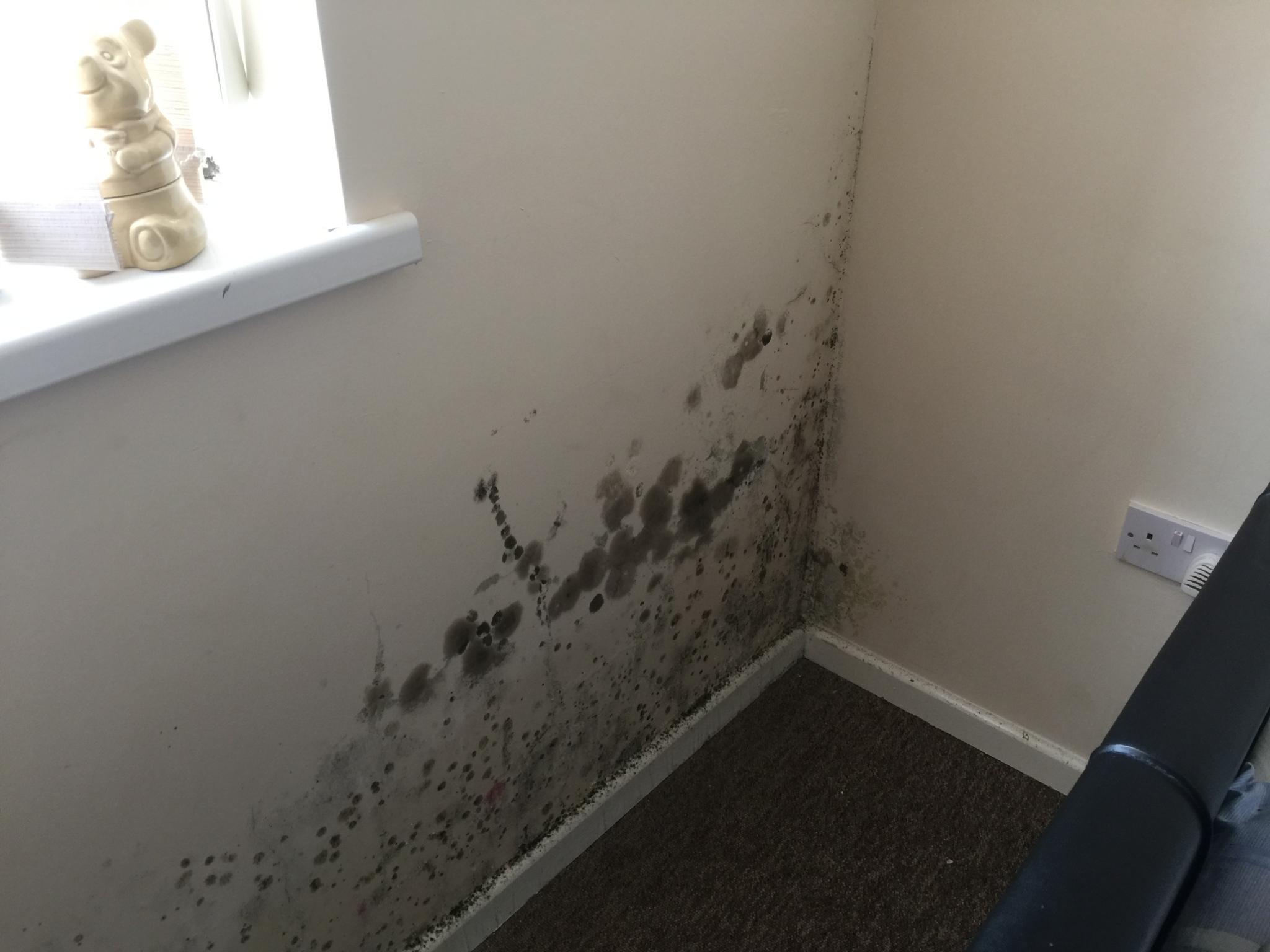 What are mould spores?

However, it is when a set of internal conditions prevail, mould spores grow at a prolific rate resulting in the development of ‘black mould’. Even then, to the majority of us, the formation of black mould is not harmful. What is potentially harmful to some is the that certain mould types create Mycotoxins which can be airborne or present on surfaces.

Mycotoxins can lead to the following symptoms; allergy, headache and fatigue, running nose, sneezing, coughing, pneumonia and Asthma among other non-specific symptoms. Young children, the elderly and people undergoing medical treatment can be susceptible to mould spores.

So how do mould spores become black mould?

Well despite many a notion the scientific facts are, there are two causes. One being the level of internal humidity, (recorded as relative humidity), is consistently in excess of 70% and two, being that internal air temperature is too low and falls to what is called; Dew Point temperature. Dew point temperature is the temperature at which it can no longer hold moisture laden air, (humidity too high), and releases the moisture on the coldest surfaces within a property.

When is humidity too high?

If humidity reaches close to 80%, surfaces only need to be 12.6 degrees centigrade for condensation to form on them. Condensation is the food source of mould spores. Leave the condensation problem to continue and the mould spores thrive and create a black mould mass.

It is again. scientific fact, that if internal humidity is kept below 60% and air temperature maintained above dew point temperature, mould spores cannot thrive and black mould cannot develop.

Why you have black mould in your property? In summary, the internal humidity is too high and the air temperature is too low.

Here is our document on how to maintain internal humidity in healthy levels: Condensation Control