Basement waterproofing sump alarm warning systems are intended for use when below ground structures such as Cellars or Basements are waterproofed using a cavity membrane system on the walls and floor which, according to the British Standard, BS8102, should be supported by a drainage detail such as a drainage gully that leads and is connected to a sump chamber that has one or two ground water pumps in it.

If you waterproof a basement and choose not to have a drainage system then you run the risk of failure which may lead to flooding or damp. Such as system cannot be guaranteed.

Quite often, a homeowner or builder will take the decision based on the fact the basement is currently dry and never previously flooded but you are presumably converting a basement to be dry for tens of years and in which case, it is assumed weather conditions such as flooding are predicted to become more likely and any waterproofing installation should take this into account.

Integral to a sump system is a basement sump alarm high level warning system. Alarms are intended to warn the householder or occupants of a high level of ground water in the sump. This may be due to a pump failure, power failure or even that somebody, inadvertently, has unplugged the pump, not that they should be left accessible this way but it does happen.

The main purpose of a basement waterproofing sump alarm warning system is to provide a warning which is by way of a high pitched beep or flashing light on a control panel or both, making the home owner aware there is a high level of water in the sump chamber. The alarm warning offers the occupant the chance to investigate the sump with hopefully enough time to correct things before the sump chamber itself becomes overwhelmed. 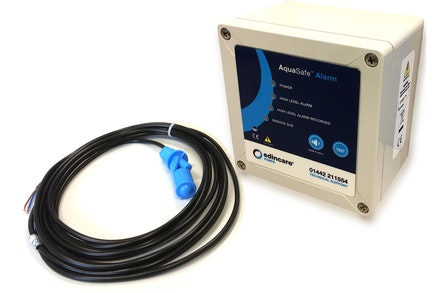 Alarms range from entry level battery operated units to full on, back up pumps or power generators which are also supported by telemtry systems that on detecting high levels of water ingress and or a power failure, make a warning call to up to six landline telephone numbers. One of these numbers should ideally be to a pump engineering company who could react quickly.

The extent of the alarm system you have is driven by the consequence of failure and flooding. For instance, if you have a sump system in a small cellar that simply houses a few tools then a small battery operated alarm will be sufficient but if you have a double floor basement fitted out with high end furnishings then without doubt, you would install and power back up system with a telemetry warning system.

We offer a comprehensive range of basement waterproofing sump alarms and warning systems supported by advice and technical support:  https://allianceremedialsupplies.co.uk/product-category/sumps-and-pumps/sump-alarms/